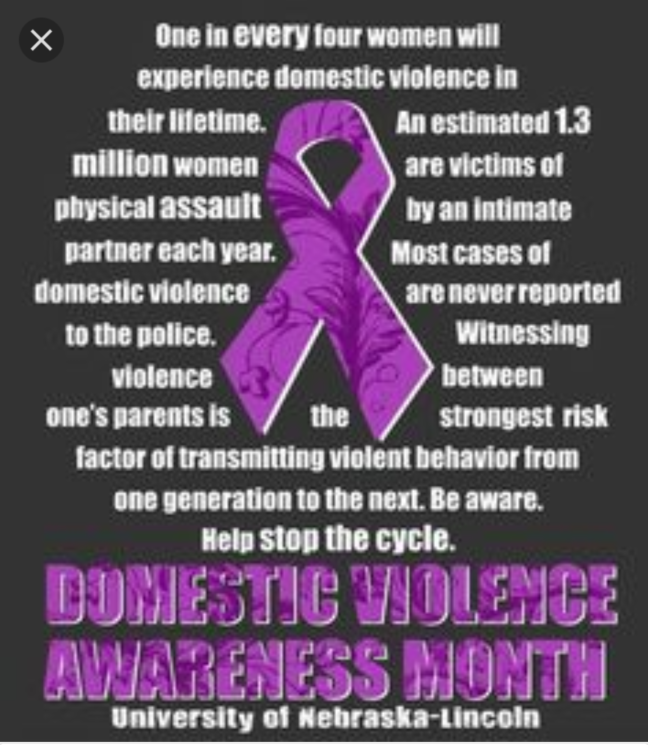 I remember growing up and witnessing women in my life being abused by the man they loved or thought they loved. I’ve seen black eyes, bruises and busted lips, etc! All I can remember asking myself, is how in the hell are they letting that man beat on them like that? Then telling myself, aint no man ever gonna put his hands on me like that.

In 2006, I met this young man and he was just something to do at first to get my mind off of everything else I was going thru at that time. We would see each other everyday and it wasn’t until months later on down the line I found out he was a bumper and an ecxtasy popper. Once I figured that out, I started putting two and two together! Oh no wonder he never slept, was always drinking water and orange juice, had a really bad attitude, didn’t eat and always had a runny nose. Because he was bumping. It wasn’t long before I figured out me and dude couldn’t go out together because he didn’t know how to act. And I also figured out he didn’t want me to go out either.

One day we got into an argument and I can’t even tell you why or about what! But sh*t got real ugly. All I remember is me him straddling over me holding me down so I couldn’t leave and me finally breaking free from him after he ripped my shirt damn near off of my back, broke my purse strap trying to pull me back in the house. At that time, THANK GOD my bestfriend lived a few apartment buildings down the way. So I thought if I can get out, just run to her house. This fool jumps in my car and then he almost run me over as I am trying to get away. I do get to my friends apartment and she opens up the door just in the nick of time! When she opened the door she had no idea what the hell was going on but I was hysterical and my shirt was dangling off my shoulder. She couldn’t even close her door and dude busted in. She jumped in between us and told him “you are not going to put your hands on her over here!” I ran to the back room, he tried to follow me but she pulled out a big ass butcher knife and he paused. She told him if he didn’t leave, she was calling the police. And guess what, dude left! I called his mama and told her she better come get her son or else he going to jail.

I remember days after this fight, I had bruises on my thighs, my chest, my shoulders and rug burns and scratches on my back and shoulders. It was the summer time so I had a hard time covering it up. I remember my one co-worker asking me what happened and I told her, me and dude got into it and she was like man you gotta leave dude alone. That same week I remember hanging out with my family and lying to them about what happened. I couldn’t tell them that dude put his hands on me. They probably would’ve killed his ass.

Me and dude got into a few physical fights but he never hit me in the face so he didn’t think anything of it. Not only was he physically abusive, he was verbally abusive too and he didn’t care who was around or where we were at! I had to walk on egg shells and not say the wrong thing that would piss him off unless I was ready to fight or argue. When he was coming down from his high is when I used to have the advantage and I would his ass back. I thank god that when we had our fights, my kids were never around. But it was still difficult to explain the holes in the walls or why something was broke.

This boy put me through hell! He would stalk me (another blog post), abuse me, cheat on me, take my car when I went to sleep and I still stayed. It wasn’t until a friend of mines got shot and I was down at the hospital visiting him. I met this lady who was there praying and smoking, because her daughter was upstairs fighting for her life because her boyfriend shot her in the head. That is when I said, F*CK THIS I GOT KIDS TO RAISE and I will not let him be the reason why my kids would be without their mother, oh hell naw! This would not be my mama or my family. It wasn’t long after that he left and tried to come back! The only way I was truly able to shake him was when I moved away and cut off all contact. He will never know where I reside at ever again in this lifetime!

After I left him and could think clearly, I figured out that he was jealous of me, my friends, my everything!  Because he was hurt and had low self-esteem, he did his best to try and diminish mines and hurt me. I realized that I allowed it to happen a few times and still stayed, thinking everything will get better! When I was with him I was at my all time lowest and he preyed on that! I thank the lord everyday that he brought me out of that situation and I can help others who are or have been through domestic abuse.

LADIES, WE ARR BETTER THAN THIS! We have to stay committed to breaking this vicious cycle of domestic abuse! I guess I was 1 of the 4 women but you don’t have to be. Free yourself and become a survivor!