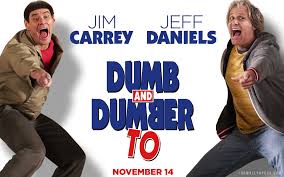 This guy friend of mines for about 10 years, in his late 40s, been doing the back in forth thing with the two same women for YEARS!!!! He lives with one of the dumb broads (have been for at least 5 years consistently) and he “STOPS” by to see the other dumb broad whenever he feels like it basically because he has a key. You know that in the meantime in between time type situation. Mind you, the one that he lives with according to him, they are not in a relationship and they not having sex but to her??? What do you think? He tell me all the time he is just there for convenience, he comfortable, and he can come and go as he please. Smdh Not because he is in love with her. He says he only care for her after all of these years, he is not in love like that and they have just always look out for each other. (Sideeye). He’s right, she really doesn’t question him, he does come and go as he please. I guess it is a comfortable situation for the both of them. He has somewhere to stay and she have a piece of a man to hit it every now and then and pay a bill or two when he is able. And that is okay!! Lol

Now, this other dumb dumb ditty. They have been knowing each other for over 20 years. He’s been married and she’s been married and they still stayed in contact.  Come to find out, his marriage ended based on this broad coming to his house, years ago. On paper, this lady got her shit together! She got her own house and car; she also is a Director at employer and have been there for years. She would help him out when he needed, she gave him a key to her house until most recently. Out of all of these years he has been dealing with this old broad, he have NEVER spent the night at her house NOR does she truly know where he lays his head EVERY NIGHT. He lied and told her that he stayed with me. LIES! I have heard him tell this broad that he is going to buy her a friendship ring and I damn near put him out of my house with that f*ck sh*t. He knows that she wants a relationship with him but he keep brushing it off with lies “I’m not ready for all of that right now.” LIAR

So most recently sh*t got real in the ville. The side broad pulled up at his residence and described to him what exactly he had on from head to toe. Then hit him with the “oh so you had to come outside to talk to me?” Um dumb ass broad YES, because he stay there with somebody who cannot hear him talking to you. But surely, you should’ve known this sh*t LADY, MA’AM, MADAME. All of this man’s actions show and prove he is (1) living or with somebody else; or (2) he just don’t f*ck with you like that. Either way broad by now you should know.

Nah hell ladies, ya’ll got to do better! You can’t allow these f*ck boys in the streets to run this ole tired ass game on you. For real doe, broads are out here ruining it for women like me; not to mention ya’ll confusing the f*ck boys because they think we all dumb. Naw not I. How in the hell do you look pulling up at this man house after his actions SPOKE the real truth? And sir, I’m not done with you! Why are you steadily playing these games with your old ass? Acting like you really don’t know or understand wth just happened. Like your past will never catch up with you. Now your ass is paranoid that she gone come knock on that door and turn your somewhat comfortable living arrangement, uncomfortable? Well, just maybe if you had your own sh*t this wouldn’t be a concern! You getting put out. All I am saying is, all of the games got to stop! F*uck boys cut it and ladies PAY ATTENTION DAMMIT, IT’S FREE.